Being the home to many important species, Xuan Thuy National Park plays an important role in preserving ecological system and developing eco-tourism of the Red River Delta.

Located in the Giao Thuy District, Nam Dinh Province, Xuan Thuy National Park was declared Vietnam's first Ramsar site of Vietnam in January 1989. More than one quarter of the park's 12,000ha is covered with mangroves that support many aquatic species - including fish, crustaceans and molluscs. These species provide food and livelihoods for the poor, local people of the area. The park houses the “Cá Mòi Co” (Clupanodon thrissa), a fish listed in Vietnam's Red Book as vulnerable and at risk of extinction. It is also recognized as a platform for migratory water birds, including the “Cò thìa” (Black-faced Spoon-Bill), and eight other listed endangered species. 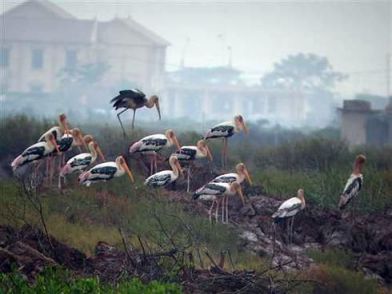 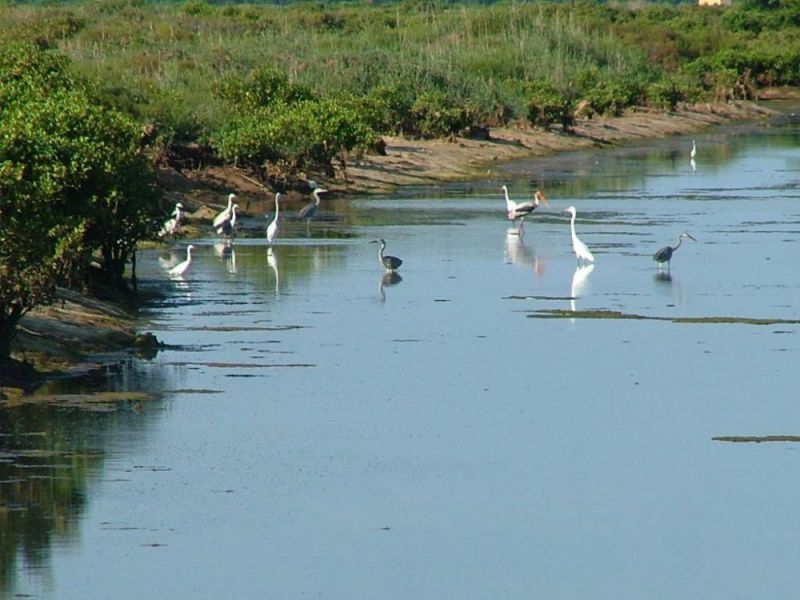 To date, more than 200 bird species have been recorded at Xuan Thuy. The site is the most important staging and wintering area for migratory waterbirds in the coastal zone of the Red River Delta. It regularly supports large numbers of commoner migratory waterbird species, including Black-tailed Godwit, Spotted Redshank and Eurasian Curlew. Many rare species can also be found at Xuan Thuy, including the largest wintering population of Black-faced Spoonbill in Vietnam, with around 60 birds each winter in recent years. Other rare species that regularly occur at the site include Saunders's Gull, Spotted Greenshank, Spoon-billed Sandpiper and Asian Dowitcher. In addition to its importance for waterbirds, Xuan Thuy is also an important migratory stop-over for non-waterbirds, with large numbers of passerines and cuckoos passing through the site during the spring and autumn migrations. During the summer months, small numbers of Painted Stork and Spot-billed Pelican occur as non-breeding visitors.

The park has a rich, biodiverse coastal wetland environment that is home to about 110 aquatic plant species, 500 species of benthos and zooplankton. Many aquatic species of high economic value, like shrimps, fish, crabs and oysters, are also found in the area. Fish, shrimps and crabs provide the main income of the local community.

As a staging and wintering site on the East Asian-Australian flyway, the best time to visit Xuan Thuy is September to April. In August and September, it is still possible to see non-breeding Painted Stork, as well as early migrants, such as Black-winged Stilt. Later, from October onwards, it relatively easy to find wintering Black-faced Spoonbills, particularly at their roost sites in the shrimp ponds.

In Xuan Thuy National Park, you can ask for the assistance from park staff, who know the site very well and are able to show us where to watch particular bird species. It will be so good if you can get a guide from the park. Basically, you can take the hiking routes or boating routes to the sites of interest. It means that you can travel by foot to some places of interest; or you can only be reached by boat at high tide.

Hiking Routes: Walking through the natural and artificial habitats along the dike system in Con Ngan Island, where the park headquarters is located. Especially, in the high tide time, you can find numerous bird roosting in the shrimp ponds, including Black-faced Spoonbill, gulls, ducks and waders.

Boating Routes: In the high tide time, you can get boat to reach the offshore mudflats and sandy flats, where Spoon-billed Sandpiper can be found among large flocks of waders. An alternative boat route involves visiting Con Xanh island, which supports some Casuarina forest, where is very suitable for the migrating non-waterbirds. In the island, you can find the pittas and other passerines during migrating season. Another way, you can take boat to the off shore mudflats and sandy flats areas of Giao Xuan Commune, where is the best area for watching the shorebirds. In this site, you can find big flocks of waders and especially Spoon-billed Sandpiper, Nordmann's Greenshank, many species of gulls including Saunders's Gull, duck species and sometime Black-faced Spoonbill and Black-headed Ibis.

In terms of preservation matter, Xuan Thuy National Park has the following objectives and tasks:

To maintain Xuan Thuy National Park as a Ramsar site through conservation of biodiversity and responsible fisheries.

To raise public awareness and also recognized local community efforts in the conservation of Xuan Thuy National Park, the sustainable and wise-use of the park's resources, and responsible fisheries and management.

Xuan Thuy National Park is the pride for local people in their wetlands area, its relevance as a Ramsar site, its importance for their eco-tourist development...