Son Dong, a cave belongs to the Phong Nha - Ke Bang grotto system in central Quang Binh Province, has been discovered to be the biggest in the world.

Son Doong cave, discovered by a local 18 years ago, is more than 200 meters wide, 150 meters high, and at least 6.5 kilometers long, though the explorers said they were unable to explore it fully. Bristish explorers have recently discovered that So Dong is much larger than the world’s biggest known cave. 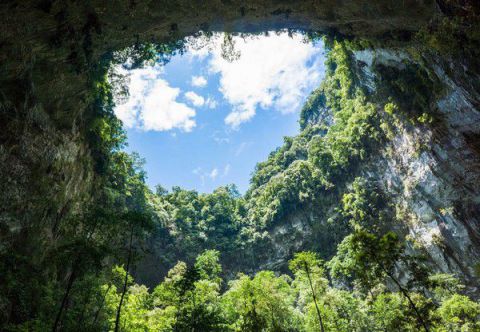 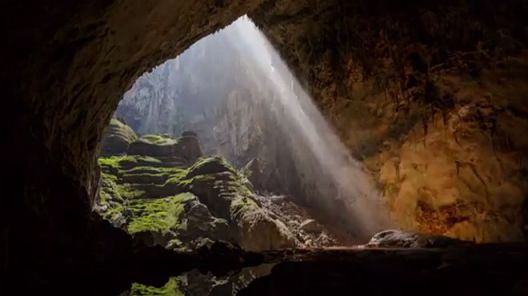 The Son Dong is situated below another cave in Phong Nha-Ke Bang, though its entry passage is very difficult to traverse. The exploration team said they had set foot on just 6.5 kilometers along the cave, as there is a large amount of fast flowing water inside Son Dong. It takes explorers six hours of walking through a 10 kilometer long forest path from Truong Son Highway to reach the mouth of Son Dong cave. The explorer added that the Quang Binh cave has beautiful stalactites and stalagmites that are not seen anywhere else.

Phong Nha-Ke Bang grotto system belongs to the Phong Nha-Ke Bang National Park. It is a limestone region of 2,000 square kilometers in Vietnam and borders another limestone area in Hin Nammo in Laos. When describing the newly-discovered cave, the team’s spokesman, Haward Limbirt, said that it was a thing of overwhelming beauty and grandeur. He added that each grotto has its own beauty, but he is impressed by Ca Xai. This cave is near the Vietnam-Laos border. It is very deep and has a big lake inside. Explorers measured the depth of this lake, but they had only 200m of rope and the end didn’t reach the lake bed.

The British team suggested to the local authorities not to develop Son Doong Cave as a tourism site immediately to preserve its natural beauty.