Chăm Pa culture had great influences on Vietnam’s cultural values of significance. The once capital of Chăm Pa Kingdom from 4th to 15th century was “Thánh địa Mỹ Sơn”, called “Mỹ Sơn Sanctuary" or "Valley of Kings" by French historians.  In those days, Mỹ Sơn became centre for spirituality and worship during the reign of the Chămpa Kingdom. Exemplifying the height of Chăm architectural achievement, The Mỹ Sơn Sanctuary is a large complex of religious monuments originally consisting of more than 70 structures; the vestiges of 25 of which remain today. The builders of Mỹ Sơn were the nobility of the Chămpa Kingdom who derived their cultural and spiritual influences almost exclusively from India.

Mỹ Sơn is located inside the valley complex of Quang Nam Province, southern Vietnam around 69 kilometers southwest of Da Nang City. From the 4th to 15th centuries, it was an imperial city during the Chăm dynasty. Besides Hoi An old town, an ancient destination of historical value in Da Nang, My Son in Quang Nam is also a place of historical and culture-oriented tourism. 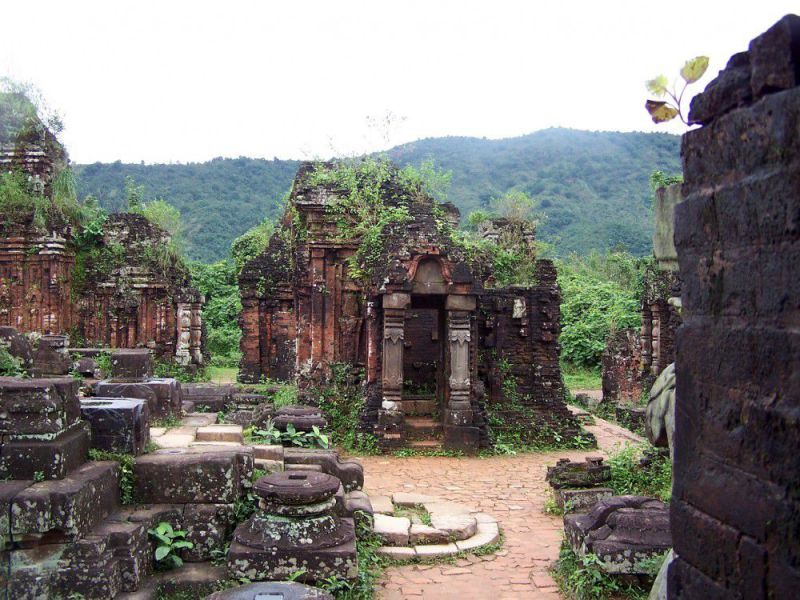 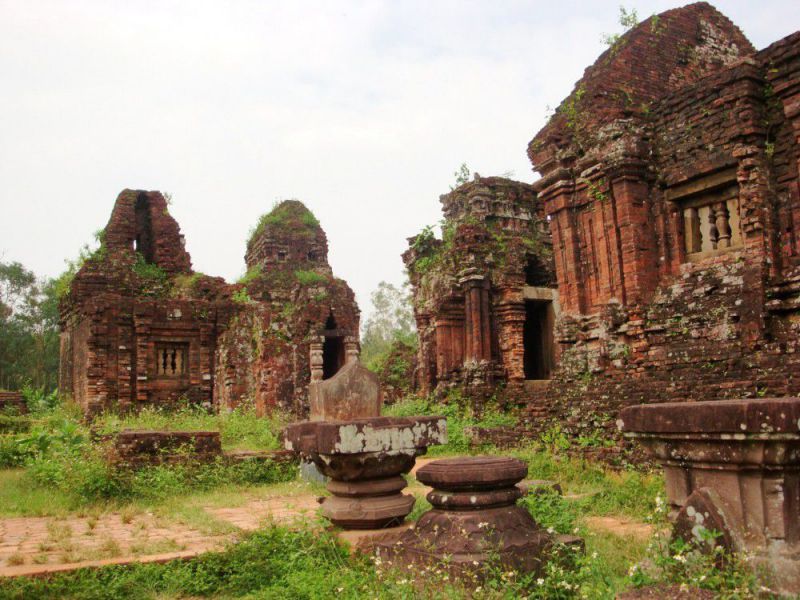 If you are enjoying a tour to My Son Holy Land, what can not be missed is the historical story of the sanctuary to be told to you by guides. The Chăm people (người Chăm or người Chàm in Vietnamese) belong to an ethnic group in Southeast Asia. They formed the core of the Muslim communities in both Cambodia and Vietnam. Chăm is remnant of the Chăm Pa Kingdom (7th to 15th centuries), closely related to the Malay race.

From the 4th to 15th centuries, a unique culture which owed its spiritual origins to Indian Hinduism of Cham developed on the coast of contemporary Viet Nam. This is graphically illustrated by the remains of a series of impressive tower-temples located in a dramatic site of My Son, which was the religious and political capital of the Chăm Pa Kingdom for most of its existence.

According to records on the stone stele, the prime foundation of the ancient Mỹ Sơn architectural complex was a wooden temple to worship the Siva Bhadresvera genie. In the late 16th century, a big fire destroyed the temple. Step by step, historical mysteries were unveiled by scientists. Through stone stele and royal dynasties, they proved Mỹ Sơn to be the most important Holy Land of the Chăm people during the mentioned centuries, reflecting the style and history of Chăm People.

It is the religious role of Mỹ Sơn Holy land that draws people’s curiosity. This archeological site represents the longest continuous occupation for religious purposes, not only of the Chăm Kingdom, but also within Southeast Asia as a whole.

Situated inside the 2-kilometer wide valley in Quang Nam province, the My Son Sanctuary temple complex was ever the central praying and worship ceremony place of Cham Pa reigns. My Son is also a tool to assist the reigns to contact with God and Saints. The land accordingly become the significant religious and cultural center of Cham Pa reigns.

The site was inhabited from the 4th to the 15th century AD, far longer than any of the other Indian-influenced sites in the region including the famous sites of Angkor Wat in Cambodia, Borobudur in Indonesia, Pagan in Myanmar, or Ayutthaya in Thailand.

The other foremost absorbing element of My Son, besides religious element, is its unique Cham-style Art of Architecture, which was comprehensively affected by Indian style. Each historical period has its own identity, so that each temple worshiping a genie or a king of a different dynasty has its own architectural style of different impression. All of the Chăm towers were built on a quad-rate foundations and each comprises three parts: a solid tower base, representing the world of human beings, the mysterious and sacred tower body, representing the world of spirits, and the tower top built in the shape of a man offering flowers and fruits or of trees, birds, animals, etc., representing things that are close to the spirits and human beings.

According to many researchers of the ancient Chăm towers, the architectural art of the Chăm towers at Mỹ Sơn Sanctuary is the convergence of different styles, including the continuity of the ancient style in the 7th-8th centuries, the Hoa Lai style of the 8th-9th centuries, the Dong Duong style from the mid-9th century, the Mỹ Sơn and Mỹ Sơn-Binh Dinh styles, etc. Among the remnants of many architectural sites excavated in 1898, a 24 meters high tower was found in the Thap Chua area and coded AI by archaeologists and researchers on Mỹ Sơn. This tower is a masterpiece of ancient Chăm architecture. It has two doors, one in the east and the other in the west. The tower body is high and delicate with a system of paved pillars; six sub-towers surrounding the tower. This two-story tower looks like a lotus flower. The top of the upper layer is made of sandstone and carved with elephant and I ion designs. In the lower layer, the walls are carved with fairies, water evils and men riding elephants. Unfortunately, the tower was destroyed by US bombs in 1969.

The sanctuary comprises more than 70 architectural works. They include temples and towers that connect to each other with complicated red brick designs. The main component of the Chăm architectural design is the tower, built to reflect the divinity of the king. Bricks are main material for the construction of the Cham Towers. However, it has yet been unable to figure out the reasonable explanation for the linking material, brick baking method, and construction method of the Cham Pa. Even these days, this still remains as an attractive secret to contemporary people.

Although there are not many remnants left, those that remain display the typical sculptural works of cultural value of the Chăm nationality.They are also vivid proof, confirming the history of a nationality living within the Vietnamese community boasting of a rich cultural tradition.

Why is it worth a visit?

Honorably recognized as a World Heritage in 1999, My Son Holy Land is captivating in various cultural values. Therefore, it is extremely useful and meaningful for those interested in Southeast Ahsian culture, which owes its core to ancient Cham culture, to drop off the land. Although time and the wars have destroyed some towers, the remaining sculptural and architectural remnants still reflect the style and history of the art of the Chăco\m people. Their masterpieces mark a glorious time for the architecture and culture of the Chăm, as well as of Southeast Asia.

Are you a Cham culture researcher? Are you an architect? Are you an archeologist? Or are you just a normal tourist? Well, whichever of those you are, you should soon pay a visit to this holy land to have understanding of a Vietnam’s ancient cultural element of unique sacred and mysterious beauty.

How to get there?

Every hotel and travel agency in Hoi An is selling excursions to Mỹ Sơn for unbelievably cheap prices. For a more rewarding experience it would be a good idea to get there before the tour buses arrive. You can hire a car and driver in Hoi An for around $20 and aim to be there at sunrise (truly atmospheric).

Or, you can check out some itineraries offered by travel agencies via the internet and choose the most suitable one.  Even if you want to arrange a day trip from Hoi An to My Son yourself, taking a look at some of these itineraries to take note of the time and transport organization would still be a good idea. Most of tours to My Son Holy-land are one day trip that start from Hoi An ancient town. For those who want to focus on My Son only, check out this My Son Holy land tinerary. For those who want to explore both My Son and Hoi An, this classic trip here would be more suitable.