Opening your tourist map, you can easily find the position of Vietnam’s center of flora diversity - Bach Ma National Park. It is located in central Vietnam, in Thua Thien Hue province, around 700 km south of the country's capital Hanoi and 1,000 km north of Ho Chi Minh City.  The park covers an area of about 22,000 ha in the districts of Phu Loc and Nam Dong. Bach Ma mountain peak is the highest point in the park, with 1450-m altitude and only 18 km away from the coast.

Hence, tourists might be surprised at the changeable weather, which goes from sunshine to darkness, and clouds to rains. Mainly from September to December, it receives approximately 8,000-mm rainfall each year. You can encounter hot and dry winds from May to August and even typhoon from June to November.

Does the name Bach Ma ("white horse") arouse in your mind any association? In Vietnamese tradition, it refers to the white cloud which continually caps its peak. On approaching the park, you will see the evidence of Vietnam War remains in the form of some hills that still have not been fully recovered from the spraying of defoliants. 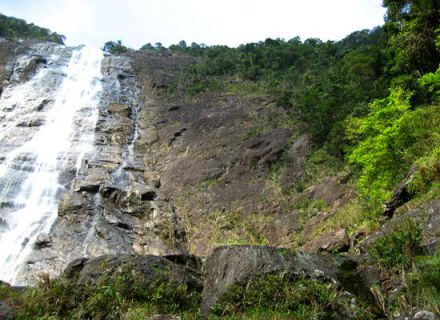 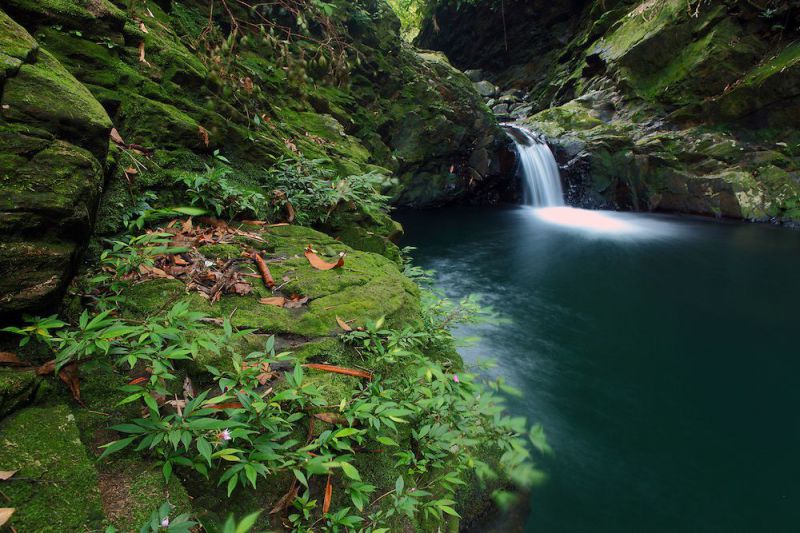 Bach ma's position, at the sharing border with Northern and Southern Vietnam, is combined with a variety of habitats, ranging from the coast to high mountains. The flora of Bach Ma includes 2,147 species which represents around one-fifth of the entire flora of Vietnam. Among these, 86 species are listed as endangered species in the Red book of Vietnam. The main vegetation types comprise moisture green forest, montane forest, and scrubby-grass covering area much occupied by the locals

Fauna.  Bach Ma National Park takes pride in its endemic and rare species. Up to now, 1,493 species including 132 species of mammals (half of which are well known in Vietnam), 358 bird species, 31 reptile species, 21 frog species, 57 fish species and 894 insect species are identified. The elusive Sao la (Pseudoryx nghetinhensis) was only discovered in Vietnam in 1992. Do not be surprised if you see a pheasant!, this species used to be common in forests at the mountain foot, yet was already considered to be extinct by the 1940s. More than 50 years later, it was rediscovered in the park and has become the symbol of Bach Ma National Park.

Activities in buffer zone. This huge biodiversity has created the amazing paradise on the ground for nature-lovers! There is a range of activities carried out with the collaboration of local people in the villages of the national park's buffer zone. One of them is the establishment of medicinal plant gardens in Khe Su village, located about 2 km far from the park entrance. The village encourages tourists to devote some 40,000 VND (more than USD2) for its development fund.

If you are eager for bird-watching, you are in the right place! More than one-third of the bird species of Vietnam are found in here! You can see a number of pigeons, bulbuls, malkohas, crow pheasant, herons and egrets but sights of parakeets, kingfishers or jungle fowl!

Incredible! How can I get there?

Bach Ma National Park is relatively easily accessible from Hue (40 km), Da Nang (65 km) and Hoi An (90 km). The park headquarters and entrance are about three km from the small town of Cau Hai, where the park road meets National Route No1. Bus is the ideal means of transport if you would like to contemplate the landscape along the road. There’s a railway station in Cau Hai, and frequent buses from Hue and Da Nang.