An interesting journey to Ngu Hanh Son will bring out most relaxing time for visitors. The mountain is a fairy land with a dreamlike scenery, pagodas, grottoes...

Ngu Hanh Son (The Marble Mountains) is about 8km southeast of Da Nang City. This is a cluster of five marble mountains lying close to the sea. That is why, it is dubbed Hon Non Nuoc, which means Mountain and Water in Vietnamese. 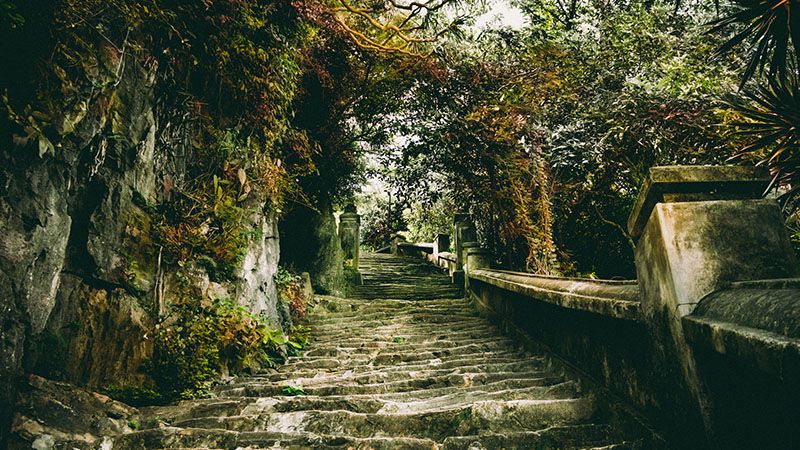 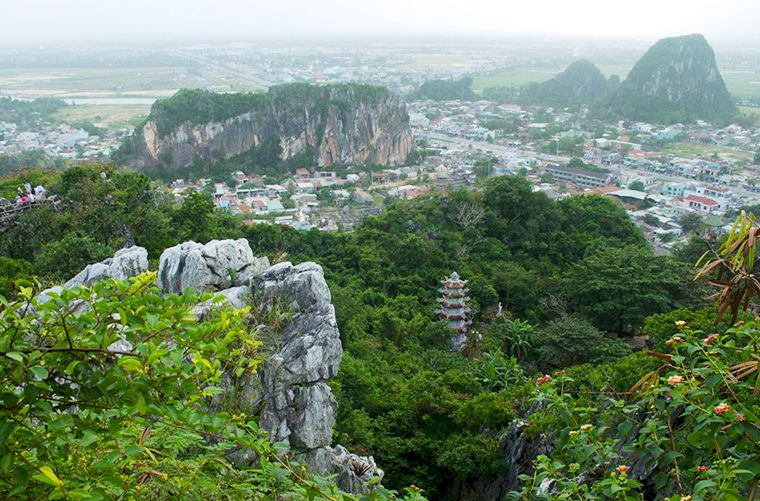 In the early 19th century, King Gia Long, the founder of the Nguyen Dynasty, passed by and named the five mountains as Ngu Hanh Son. He also named each of them according to one of the five elements of the universe: Kim Son (metal of gold), Moc Son (wood), Thuy Son (water), Hoa Son (fire), and Tho Son (earth). According to Oriental philosophy, metal, wood, water, fire and earth are five elements that create the universe. Five is a very important number in oriental mentality and life. And so, the five mountains that compose Marble Mountain are filled with mysterious.

Thuy Son is both the highest and the most beautiful. Marble mountains associates with many different legends. Thuy Son, covering an area of 15ha, has three peaks namely Thuong Thai, Trung Thai and Ha Thai. As a result, the pagoda built on the mountain was named Tam Thai. Thuy Son has been exploited as a popular tourist resort because of its alluring beauty. Stone steps carved into the mountain lead to Tam Thai Pagoda where Phat Di Lac is worshipped. In the past, the pagoda paid tribute to Hindu and Buddhist gods and is now dedicated to Cham deities. Also on the cliff of the mountain are such beautiful grottoes as Linh Nham Grotto, Van Thong Grotto, Tang Chon Grotto and Huyen Khong Grotto. Huyen Khong Cave was the base for Vietnamese revolutionaries during wartime.

The Marble Mountains are famous for their traditional stone engraving activities. In Dong Hai village close to Thuy Son, 600 families chisel stone producing statues, jewelry, and art work. Stone from the Marble Mountains has been exported to many countries.

Cultural and historical vestiges are still on every pagoda and tower of the early 19th century and on Champa sculptures of the 14th and 15th century. There are poets of the Le and Tran dynasty engraved on stones. All monuments such as the grave of Capital Tran Quang Khai’s mother, a temple for worshiping Ngoc Lan princess (Minh Mang King’s younger sister), autograph of conferring Tam Thai pagoda to be the national one, Da Chong tunnel, Ba Tho cave, Kim Son mountain, Am Phu cave, etc. are forceful evidences to the legendary Marble Mountains.

The stone carving village stretching along the road leading to the Ngu Hanh Son entrance is also a very attractive sight for visitors. At this village, you can admire all those wonderful works created by patient craftsmen right in front of you. All the stones for the works are taken and transferred from the Marble Mountains.

The Marble Mountains are situated between Da Nang city and Hoi An ancient town and very close to Non Nuoc Beach, which stretches for kilometres with clean and white sand and is one of the nicest beaches in Vietnam, which is very convenient for visitors who want to go climbing and bathing.Ngu Hanh Son is familiar to almost everyone who has been to Da Nang. It is so well known that many people consider it as the symbol of the area.